Bankruptcy filings drop nationwide but remain highest in the nation in Alabama, Tennessee and Georgia 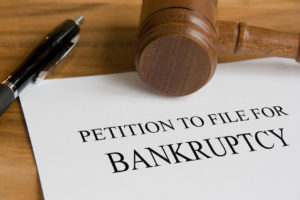 Despite a nationwide drop in bankruptcy filings, more Chattanoogans are still going broke.

The number of bankruptcy filings in U.S. Bankruptcy Court in Chattanooga edged up slightly in the first half of 2018 to the highest level for the first six months of the year in five years.

Bankruptcy filings in Chattanooga were still down by more than 27 percent from the peak reached in 2010 in the midst of the Great Recession. But as the economy, population and borrowing has rebounded in recent years, bankruptcy filings locally have remained relatively constant, even increasingly slightly each year, after falling from 2010 to 2014.

Alabama, Tennessee and Georgia continued to lead the nation in the rate of bankruptcy filings so far this year with the number of persons and businesses filing for debt relief in the U.S. Bankruptcy Court nearly double the national per capita rate.

More people tend to file for bankruptcy in the South to avoid property foreclosures, which are harder for creditors to pursue in many other states.

A bigger share of those who do seek debt relief in the bankruptcy court in Tennessee also opt for a financial restructuring under Chapter 13, rather than a liquidation under Chapter 7.

In the first half of 2018, 56 percent of the Chattanooga court bankruptcy filings were for Chapter 13 reorganizations in which the debtor pays back creditors over time under court supervision. Nationwide, a 62 percent majority of those of file of bankruptcy simply liquidate their assets through a Chapter 7 filing.

Nationwide, statistics compiled by the American Bankruptcy Institute showed total bankruptcy filings nationwide fell by 3 percent in the first half of the year to 388,199 filings.

But as interest rates and borrowing activity grows, ABI said those needing the protection of the federal bankruptcy court is likely to continue to grow. The bankruptcy institute is urging Congress to look at reforming bankruptcy laws for many businesses.