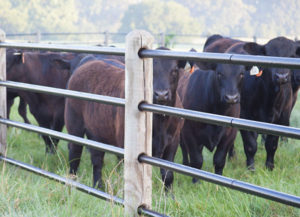 When I was growing up and we were building, repairing, or painting a fence, I never knew there were so much detail and history in our state law about fences. This month’s column will include a brief history of fence law, an overview of current fence law, and a look at your liability as an animal owner under fence laws and related statutes.

At English common law, owners of livestock were required to fence their animals in (“fencing in” laws). However, as grazing became more common, many states adopted “fencing out” statutes. These fence laws required crop farmers to build fences to prevent their crops from being damaged by grazing livestock. Tennessee took this approach in 1858 and adopted a fencing out statute in which crop farmers were required to build a fence around their crops if they wanted to recover damages caused by roaming livestock. Tennessee changed course in 1899 by passing a statute that required animal owners to prevent their livestock from running at large in counties that met a certain population threshold. This population threshold was later raised and in 1947, the statute was changed to apply statewide.

Today, T.C.A. § 44-8-401 provides that, “It is unlawful for the owners of any livestock, as livestock is commonly known and defined, to willfully allow the livestock to run at large in this state.” While it doesn’t specifically mention fences, this effectively requires livestock owners to construct and maintain proper fences to prevent their animals from running at large. The statute also creates a Class C misdemeanor for violations.

Tennessee has essentially gone back to the common law fencing in approach and applied a negligence standard. This means farmers will be liable for their animals when they knowingly or negligently allow them to escape their own farm. The negligence standard requires a judge or jury to examine what the reasonable prudent person would have done in the circumstances. Essentially, if you knew or should have known your animals were likely to escape, you will be held liable for damage they cause.

Exceptions to this general rule include: strict liability for notoriously dangerous animals or wild animals, and specific rules for partition fences. If you keep wild animals in captivity or notoriously dangerous animals (particularly ornery bulls could apply in this category), you would be held strictly liable when they escape, no matter the circumstances or the pristine condition of your fence. The standard of a reasonable person would no longer apply. The rules for partition fences are much more detailed and will be covered in-depth in a future column.

In cases where animals escape, farmers will be held to the standard of a reasonable person. Think about this example: a driver crashes into your fence, causing it to fall. Shortly thereafter, your cows get out and cause damage to a neighbor’s property. A judge or jury might find that you met the applicable standard of care and aren’t liable to your neighbor if the cows escaped shortly after the accident. However, if the cattle get out much later after the accident, you would probably be liable to your neighbor for any damage caused by your livestock because you failed to take steps to repair the fence in a reasonable time. This reasonable person standard could play out in dozens of other scenarios.

As a livestock owner, you should build and maintain good fences. You should take appropriate care to ensure that animals are staying on your property and not roaming about. Consider whether you are maintaining fences as a reasonable person would do to limit your liability in this area. Contact an attorney if you have any questions about your specific circumstances. Future columns will explore fence requirements and the rules for partition fences.

About the author: Laura grew up on a farm in Lascassas, Tennessee, and is passionate about serving farmers and other agribusiness owners through her legal practice.

Disclaimer: This article is for informational purposes only. It is not legal advice and is not intended to create an attorney-client relationship. It is recommended that you speak to an attorney licensed in your jurisdiction about your specific circumstances.