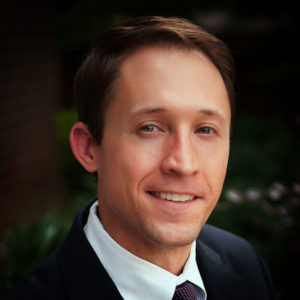 Jason N. King focuses on business law, bankruptcy law, civil litigation, creditors’ rights, and estate planning and probate law.  He is particularly attuned to the legal challenges faced by small and medium sized business owners in a complex and changing market place. He graduated cum laude from Belmont University in 2003 where he earned a Bachelor of Arts with majors in Religion and Philosophy. Mr. King earned his Juris Doctor from the University of Mississippi School of Law in 2008. He is admitted to practice before the Tennessee Supreme Court as well as the United States District Courts for the Middle and Eastern Districts of Tennessee. Mr. King is a member of the board of directors of United Way for Rutherford and Cannon Counties. He is a member of the Tennessee Bar Association, the Andrew Jackson Chapter of the American Inns of Court, and the Rutherford and Cannon County Bar Association. He and his wife, Julie, live in Murfreesboro, with their two little boys, Collin and Rowan. They are members of First United Methodist Church of Murfreesboro.