Meet the Team: Loren A. Sanderson 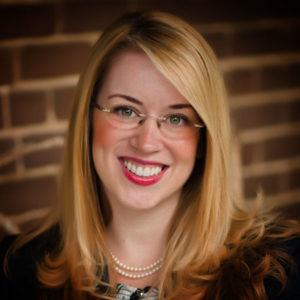 Loren A. Sanderson focuses her practice on litigation and dispute resolution. She primarily handles family law matters, including divorce, child custody, child support, contempt, dependent neglect, and adoption, and also practices in the areas of criminal defense, general civil litigation, probate, and estate planning. Loren joined the firm in 2015 after establishing her practice with a firm in Nashville. She has successfully handled hundreds of cases in a 16 county area across Middle Tennessee and at the Tennessee Court of Appeals. Loren is also a Rule 31 Listed General Civil Mediator and has extensive experience mediating family law disputes. Loren’s clientele comes from referrals from past satisfied clients, other attorneys, and contacts within the local community.

Loren is originally from Memphis, Tennessee, where she grew up on a horse farm just outside the city and attended Lausanne Collegiate School. She was involved in the Tennessee Walking Horse industry from a young age, and this affiliation frequently brought her to the rolling hills of Middle Tennessee. The close ties Loren developed to the local communities during these years made moving to Murfreesboro to attend college at Middle Tennessee State University a natural choice. Loren graduated in 2008 with a B.S. in Political Science and went on to attend law school and earn her Juris Doctor in 2012 from DePaul University College of Law in Chicago, Illinois. After graduating from law school at DePaul, Loren made the decision to return home to Middle Tennessee to establish her law practice.

Loren is admitted to practice law in Tennessee and in the U.S. District Court for the Middle District of Tennessee.