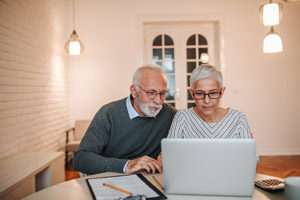 About five years ago the United States Supreme Court created a stir among estate planners and bankruptcy practitioners alike when it handed down an opinion the case of Clark v. Rameker, 573 U.S. 122 (2014). In Clark the High Court held that funds held in a non spousal, inherited IRA were not protected in the debtor’s bankruptcy case under the “retirement funds” exemption. See 11 U.S.C. 522(b)(3)(C). Three legal characteristics of inherited IRAs prevented such accounts from qualifying for exemption in bankruptcy: 1) the holder of an inherited IRA may never invest additional money in the account. 26 U.S.C. § 219(d)(4); 2) holders of inherited IRAs are required to withdraw money from such accounts, no matter how many years they may be from retirement; and 3) the holder of an inherited IRA may withdraw the entire balance of the account at any time—and for any purpose—without penalty. Clark at 128-129. Because of these characteristics, the Court concluded the inherited IRA did not contain “retirement funds,” defined as “…sums of money set aside for the day an individual stops working.” Id. at 127.

Since the decision in Clark, bankruptcy Trustees have used the case to object to debtors’ claims of exemption in 401k and IRA accounts that were transferred not only by virtue of inheritance, as in Clark, but also in marital property settlements.

The holding of Clark considered the federal bankruptcy exemption for retirement funds. Several Bankruptcy Courts considering challenges to exemptions claimed in inherited retirement accounts have sidestepped the holding in Clark by upholding the application of exemptions for retirement funds that are available to the debtor under state law. See In re Kara, 573 B.R. 696 (Bankr. W.D. Tex. 2017) (debtor’s interest in IRA that she inherited from her aunt was exempt from taxation at time of transfer and could therefore be claimed as exempt under Texas exemption statute that explicitly extended to inherited, tax-exempt IRAs); In re Pacheco, 537 B.R. 935 (Bankr. D. Ariz. 2015) (debtor’s interest in 401(k) retirement plan that she inherited from her late husband was exempt from claims of her creditors in bankruptcy pursuant to Arizona statute); In re Andolino, 525 B.R. 588 (Bankr. D.N.J. 2015) (inherited IRA held not to be property of the bankruptcy estate under New Jersey law); In re Sherr, No. 16-10283, 2016 WL 5400983, (Bankr. N.D. Cal. Sept. 27, 2016) (Under California law, a retirement plan is exempt under C.C.P. § 704.115 if it was designed and used for “retirement purposes.”).

In the marital dissolution context, a Federal Court of Appeals recently sided with the debtor’s former divorce attorney, a creditor in the bankruptcy case, who objected to the exemption claimed in 401k and IRA accounts received by the debtor as part of a marital property settlement with the debtor’s ex-wife. In re Lerbakken, 590 B.R. 895 (B.A.P. 8th Cir. 2018). The order of the state domestic relations court that approved the settlement directed the parties to submit a Qualified Domestic Relations Order relative to the conveyed assets, but according to the record in that case, none was obtained. Following the reasoning of the Supreme Court in Clark, the federal court of appeals held that the debtor’s interest in the retirement accounts was not “retirement funds” under 11 U.S.C. 522(b)(3)(C) and, thus could be distributed to the creditors of the debtor by the Bankruptcy Trustee.

In Tennessee, exemptions prescribed by state law apply in bankruptcy cases. Like state exemption laws at issue in cases where Clark was held inapplicable, the Tennessee exemption for retirement funds appears to contemplate protection for inherited funds.

T.C.A. § 26-2-105. In Tennessee, then, a debtor’s ability to claim protection of inherited retirement funds appears to be secure from the rule announced in Clark.

Moreover, where divorce counsel secures a Qualified Domestic Relations Order to divide the divorcing parties’ interest in any qualified retirement accounts, the funds would be protected under the applicable Tennessee exemption.

As with other areas of law, the application of bankruptcy exemptions must occur on a case by case basis, in light of all of the material facts.  For more information about inherited IRAs and other retirement accounts take a look at the website of the Internal Revenue Service or consult with your financial advisor or tax professional.   https://www.irs.gov/retirement-plans/plan-participant-employee/retirement-topics-beneficiary. For specific advice concerning your estate planning or bankruptcy issue, contact a lawyer with experience in the field.