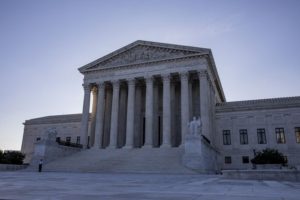 The Supreme Court on Wednesday struck down a Tennessee law that barred newcomers to the state from operating liquor stores. The majority rejected the argument that the 21st Amendment, which ended Prohibition in 1933, allowed the state to restrict liquor sales in many ways, including by imposing a two-year residency requirement for people seeking retail liquor licenses.

Justice Samuel A. Alito Jr., writing for the majority in the 7-to-2 decision, said that the amendment did not authorize states to discriminate against new residents. “Because Tennessee’s two-year residency requirement for retail license applicants blatantly favors the state’s residents and has little relationship to public health and safety,” he wrote, “it is unconstitutional.”