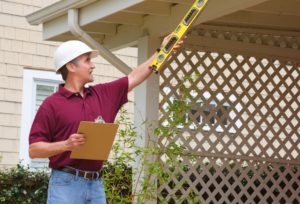 This time last week, I was picking a jury in Franklin, Tennessee.  Williamson County certainly has its fair share of celebrities, and sometimes they, and the people close to them, get called for jury duty just like the rest of us.   One of our jurors was a pilot to “an entertainer”, but the juror who got my attention most was Chase Headley, longtime corner infielder for the San Diego Padres.  MLB star power in middle Tennessee seems to be growing.  Pitchers David Price and Sonny Gray call Rutherford County home, and recently I discovered All-Star second base slugger Dan Uggla once lived in Franklin.  I discovered this not because he was on my jury, but because of a lawsuit recently decided by the Tennessee Supreme Court.

Near the end of the 2010 MLB season, Uggla bought a 6,000 square foot home in the Enclave subdivision of Williamson County.  Before purchasing the home, Uggla hired home inspector, Jerry Black, to inspect the house.  Black noted problems with the deck flooring of the second story deck but not with the railing.  As a condition of the sale, the former homeowners replaced the deck flooring.  During a party Uggla hosted after moving into the home, Charles Grogan fell from the second story deck when the deck railing collapsed.  Grogan sustained a traumatic brain injury and spinal fractures.  A forensic examination of the railing showed that it had been improperly constructed using interior finishing nails rather than galvanized nails.  Grogan subsequently filed suit against Uggla, Jerry Black and others.

Grogan alleged Black was negligent in his inspection of the railings by failing to perform a pressure test in order to determine the amount of force that the railing could withstand. The Tennessee Supreme Court, however, affirmed the dismissal of Grogan’s suit against Black, noting that Black only owed those duties set forth in the inspection agreement which did not extend to a building codes or safety inspection.  The Court quoted the following provisions from the inspection agreement as limiting the scope of Black’s undertaking:

*The Inspector does not offer an opinion as to the advisability or inadvisability of the purchase of the property, its value or its potential use.

*[I]t is a reasonable effort to disclose the condition of the house based on a visual inspection.

*Conditions beyond the scope of the inspection will not be identified. No engineering services are offered.

*This Inspection Report is based on the condition of the Property existing and apparent as of the time and date of the inspection. Not all conditions may be apparent on the inspection date due to weather conditions, inoperable systems, inaccessibility of areas of the Property, etc. A defect that was apparent on any date prior to the inspection date may not be apparent on the inspection date. Without dismantling the house or its systems, there are limitations to the inspection. Throughout any inspection, inferences are drawn which cannot be confirmed by direct observation. Clues and symptoms often do not reveal the extent or severity of problems. Therefore, the inspection and subsequent Inspection Report may help reduce the risk of purchasing the property; however, an inspection does not eliminate such risk nor does the Inspector assume such risk. While some of the less important deficiencies are addressed, an all inclusive list of Minor building flaws is not provided. Inspector is neither responsible nor liable for the non-discovery of any patent or latent defects in materials, workmanship, or other conditions of the Property, or any other problems which may occur or may become evident after the inspection time and date. Inspector is neither an insurer nor guarantor against defects in the building and improvements, systems or components inspected. Inspector makes no warranty, express or implied, as to the fitness for use or condition of the systems or components inspected. Inspector assumes no responsibility for the cost of repairing or replacing any unreported defects or conditions, nor is Inspector responsible or liable for any future failures or repairs.

The Court also noted clear language of the inspection agreement that any report was “provided solely for the benefit of the Client and may not be relied upon by any other person.”  Thus, Black’s duty as circumscribed by the agreement and law was owed only to his client, Uggla.  There was nothing indicating Black undertook an additional duty to protect third parties such as Grogan.