Unfairly or unexpectedly left out of the Will? You may have legal recourse. 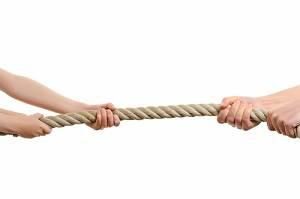 There’s no question that the death of a loved one is an emotionally difficult time for those who were close to the decedent. When the loved one was the primary bread winner, his or her death can also lead to financial strain on dependents. Then there are times when the decedent’s heirs and dependents discover that their loved one wrote a will that leaves their most valuable assets to someone else under circumstances that seem suspicious and unmerited. Maybe the will disproportionately favors the adult child who voluntarily undertook the burden of caring for the elderly or dying parent, while seeming to leave his or her siblings out in the cold. Perhaps it is the late-life love interest who usurps the legacy expected by the heirs. For the aggrieved parties in these and other similar circumstances, who found they were not sufficiently blessed to be the object of their loved one’s greatest bounty, may find justice in law of undue influence.  The Tennessee Pattern Jury Instructions define “undue influence as

Bear in mind it is not unlawful in Tennessee to influence another in the making of a will. One Court clarified,

that it is not influence that invalidates a conveyance or will but undue influence; that “(a) person has a right by fair argument or persuasion to induce another to make a will (sign a deed), and even to make it in his own favor,” provided the influence is “exerted in a fair and reasonable manner, and without fraud or deception.[2]

that the normal relationship between a mentally competent parent and an adult child is not per se a confidential relationship and raises no presumption of the invalidity of a gift from one to the other. In order for such a presumption to arise there must be a showing that there were present the elements of dominion and control by the stronger over the weaker, or there must be a showing of senility or physical and mental deterioration of the donor or that fraud or duress was involved, or other conditions which would tend to establish that the free agency of the donor was destroyed and the will of the donee was substituted therefor. [6]

The Tennessee Pattern Jury Instructions provides one instruction that details some “suspicious circumstances” that are evidence of undue influence.

Do the terms of the will unduly benefit the chief beneficiary [beneficiaries]of the will?

Are the terms of the will different from the expressed intentions of the maker of the will?

Did the chief beneficiary’s [beneficiaries’]relationship to the person making the will give the beneficiary [ies]an opportunity to influence the terms of the will?

Did the mental and physical condition of the maker of the will allow the maker’s freedom of choice to be overcome by the actions of others?

Did the chief beneficiary [beneficiaries]of the will actively take part in determining the provisions of the will or in causing it to be executed?[8]

Proof of “family and other relationships,” alone, provides no support to an undue influence claim. Kelley, at 197. However, proof of such relationships coupled with proof of domination and control, does establish the existence of a confidential relationship, but does not make out a prima facie claim of undue influence unless an additional suspicious circumstance exists.[9]

Evidence of suspicious circumstances is often the key to convincing a jury (or Court in a non-jury trial) that the maker of the will was unduly influenced. However, under circumstances where undue influence is presumed, a defendant may successfully defend the will by presenting clear and convincing evidence that the making of the will was not the result of undue influence.[10] One Court explained the nature of that showing this way

If the will of your deceased loved one leaves you a great deal less than what you expected, then you are no doubt both surprised and hurt. Do not delay in reaching out to an attorney whom you trust for guidance in this area, as Tennessee law limits the time within which you must formally file a case that challenges the will.